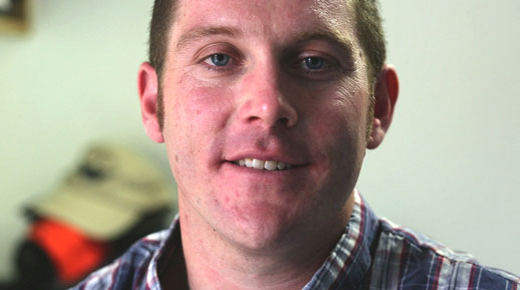 Steven grew up on a farm in the Snowy Mountains, completing a 120km round trip every day to attend school. By the end of Year 10 Steven knew he wanted to go to university, and graduated from Year 12 at Snowy Mountains Grammar School alongside just 12 other students. Steven signed up for a Bachelor of Arts Diploma of Education in Sydney, majoring in English and Drama. Not knowing anyone on campus was tough, but getting involved in a mentor program helped. After graduating as a high school teacher, Steven decided to pursue a career working with disadvantaged young people. At the end of a Bachelor of Arts (Honours) degree, Steven was offered a place to study law with a view to getting into juvenile justice. But as he began his Bachelor of Laws degree at 25, Steven started getting very tired. Four months later he was diagnosed with anaplastic large cell lymphoma, a form of blood cancer, and he immediately began chemotherapy. After three months of juggling university and chemotherapy, Steven was given the all-clear and is now in remission. He will eventually move into juvenile justice.

Bachelor of Arts Diploma of Education