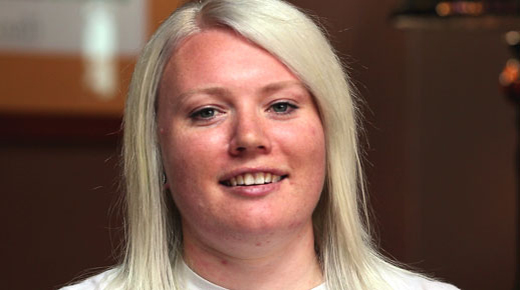 Amy grew up just outside Goulburn in southern NSW, attending a tiny primary school with only 17 students. Interested in computers, Amy considered going into software engineering while still in high school at Trinity Catholic College, but ended up working for her father in railway construction and maintenance after completing her Higher School Certificate (HSC). She operated heavy machinery, travelled all around NSW, worked her way up to supervising the work groups and eventually dealt with tendering, contracts and project management. It was during a large-scale project replacing more than 64,000 railway sleepers that Amy decided she could use a change and thought about studying mechanical engineering. She attended the Canberra Institute of Technology (CIT) and completed an Advanced Diploma in Engineering Design, then researched courses she could complete at university. She decided to study a Bachelor of Engineering Diploma in Engineering Practice, majoring in Mechanical Engineering. Amy was involved in the Women in Engineering and IT program at university, speaking with high school students about engineering and how it applies to everyday life. She is interested in biomechatronics and using her skills to design mechatronic prostheses for people.