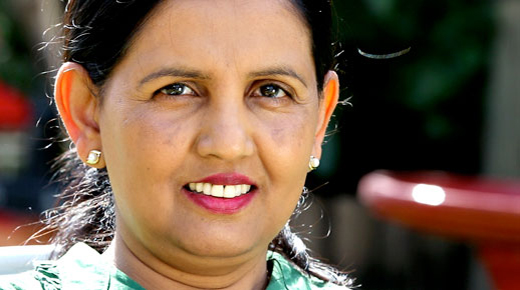 Asha was raised in a small village in Fiji where most of the houses were made out of grass. Of Indian descent, Asha’s father was a farmer who couldn’t read or write and her mother worked as domestic help. While Asha didn’t own her first book until she was 10 years old, her mother always wanted her to get an education and she was selected to attend Jasper Williams High School in Lautoka. Known as the letter-writer for her village, Asha was then selected as a cadet journalist for the Fiji Sun, eventually shut down at gunpoint during the 1987 coup. Working for the News Limited owned Fiji Times, Asha covered the 1997 Commonwealth Heads of Government meeting in Edinburgh where Fiji sought re-entry into the Commonwealth fold. After writing several stories that put the Fijian government under the spotlight for corruption, Asha was personally threatened. Asha, her husband and children then decided to move to Australia, where she enrolled in a Master of Professional Communication degree and then worked on her PhD, researching the links between the media and migration match-making among the Fijian-Indian community in Sydney. Study opened doors to a new career, and Asha now lectures in journalism at university.