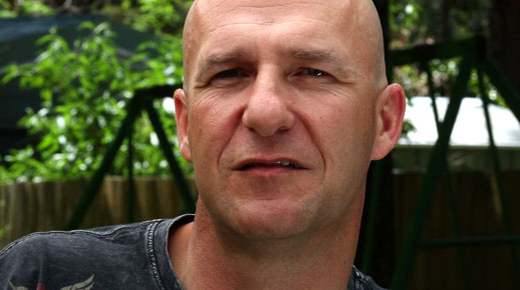 There are not many people who can say they’ve worked as a fireman, a priest, an ambulance officer, and a doctor. Scott grew up near Bankstown in Sydney’s south-west and didn’t do well in the Higher School Certificate (HSC) exams at Sir Joseph Banks High School in Revesby. Interested in science but unsure about what he wanted to do, Scott enrolled in a Bachelor of Chemistry but left after six months. Scott then applied to join the NSW Fire Brigades and was made a fire-fighter but later left to study a Bachelor of Divinity. It was while he was working as an Anglican minister that his eldest son, Jacob, got cancer. A divorce followed and Scott subsequently resigned as a priest, but, still wanting to help others, he re-trained as an ambulance officer. The move not only helped him understand his son’s cancer – which had become palliative – but rekindled an interest in biological studies. In his 30s and working again as a fireman, Scott decided to sit the Undergraduate Medical Admissions Test (UMAT) and studied a Bachelor of Medicine/Bachelor of Surgery (MBBS) degree. He took an internship after he graduated and now works as a resident at a major Western Sydney hospital

The University of Western Sydney