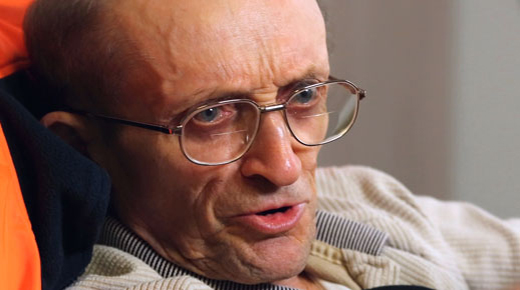 Robert Beech is someone who refuses to give up. Born in County Derry in Northern Ireland, Robert grew up in a thatched cottage with no running water or electricity. The first in his family to attend high school, Robert’s favourite subjects were physics, maths and chemistry. In his second year studying mathematics at Queens University Belfast, Robert developed addiction issues and dropped out in his third year. Deciding to leave Northern Ireland, Robert arrived in Sydney in November 1970. But his drinking steadily became worse and when he was given six months to live, aged just 44, Robert knew he had to turn his life around. He gave up drinking but in August 1997 was diagnosed with Parkinson’s Disease. He lost his job as a driver and struggled to find another. Robert then enrolled in an Advanced Diploma in Electrical Technology, completing 12 months at TAFE and transferring to university. Robert finished a Bachelor of Science (Mathematical Science) degree with a sub-major in Astrophysics in two years rather than the usual three, having to complete his exams using a computer as he was no longer able to write. Robert went on to complete an Honours year and then his PhD, tapping out his thesis over four years with just one finger. Robert challenged himself to work on the Schrodinger Equation for his PhD, which was previously considered unsolvable. His work on the equation has assisted in optical fibre telecommunications.