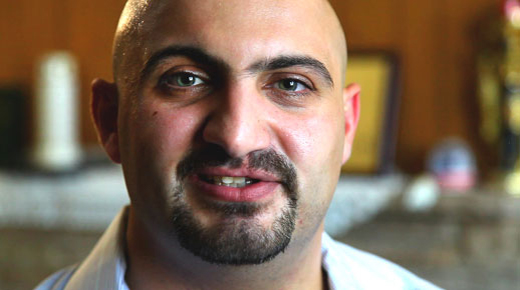 Growing up in the Iranian town of Ahwaz near the Iraqi border, Michael was part of the two per cent of the population that didn’t follow Islam. With his religion not recognised by the Iranian government, life at Shohada High School was harder than most had to deal with. At 16, the talented mathematician had the opportunity to attend a maths Olympiad in the United States – provided he converted to Islam. When he refused, Michael was forced to leave Iran and seek refuge in Australia. Michael spent more than two years living in the now-closed Woomera and Baxter detention centres in South Australia before being released on a temporary protection visa. Two weeks after being released, Michael attended TAFE and spent a year studying for his Certificate III in IT (Technical Support) before moving onto university. He obtained his Bachelor of Science in Information Technology and Master of Science in Internetworking, then went on to work with tech giant Cisco as a network support engineer. He was eventually head-hunted by global search engine company Google, and now works in Google Enterprise as a Senior Apps Strategist.

Certificate III in IT (Technical Support)