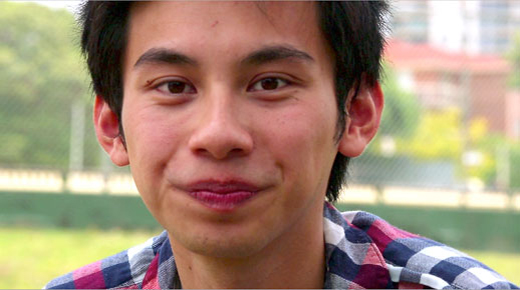 Born in Hong Kong, William moved to Australia when he was two. Living in Melbourne until he was five, William’s family then decided to move back to Hong Kong. But William found school, especially learning Chinese, very difficult and remembers doing “very badly” in his subjects – except for English. After 12 months the family moved back and settled in Brisbane. Interested in digital art and design, William chose to study a Bachelor of Design in Architecture (Digital Architecture) at university in Sydney. Enjoying challenging boundaries and thinking outside the square, William became involved in the UN-supported initiative Global Studio, where he was able to use his skills to benefit the slum community of Diepsloot in South Africa. Since then he has taken up employment with HASSELL – ranked as the number one design practice in Australia – and has worked on major architecture projects across Sydney. In 2012 he was also involved in building a house for the International Exhibition at the Venice Architecture Biennale, the world’s most prestigious architecture festival.